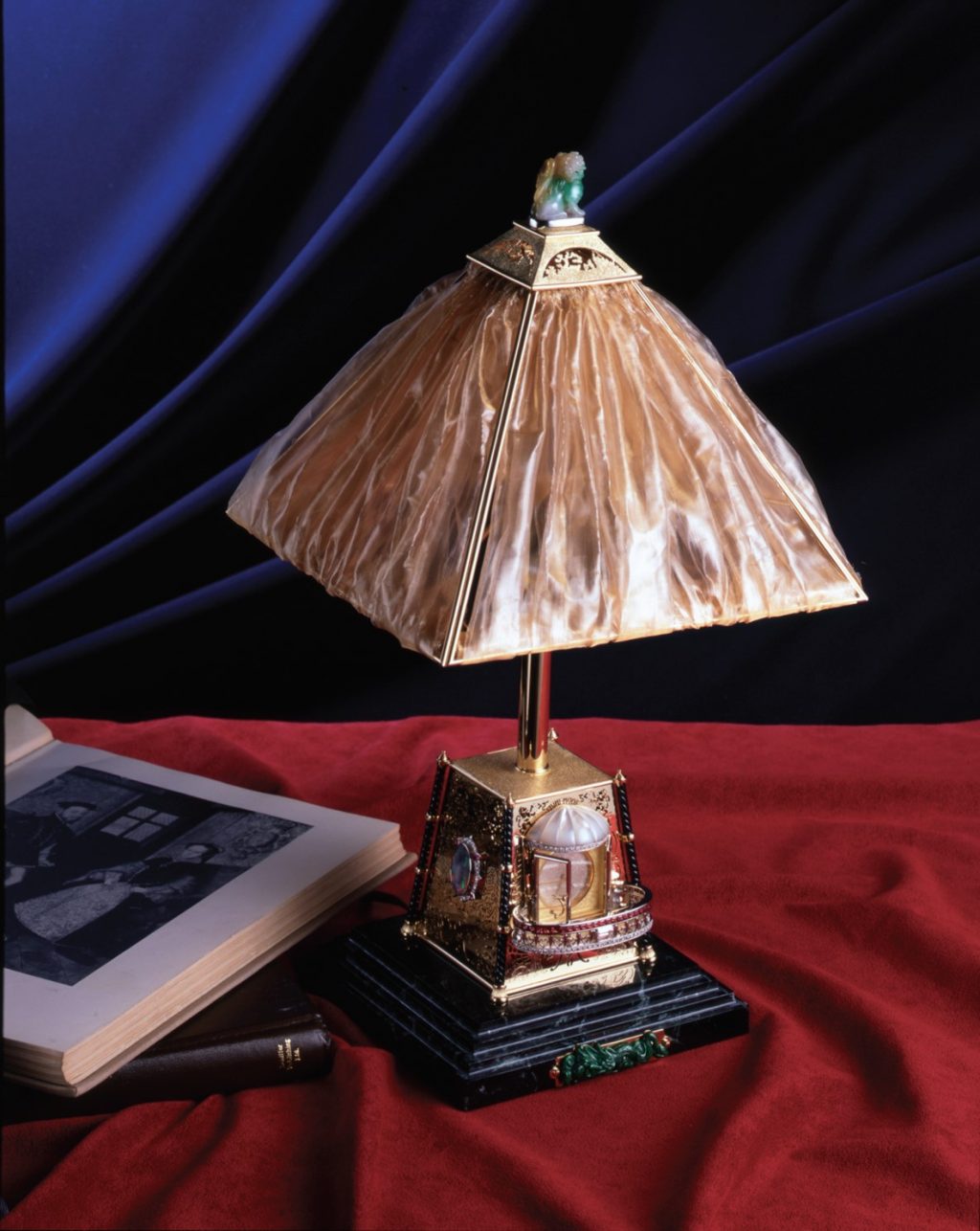 I had a dream of creating jewelry which would depict earthly blessings and show a condensed version of world history. History is shown at the top, made up of wealth and power, light shows the world’s creation.
Gold symbolizing historical wealth and power shines at the top, the glowing world created by light, is depicted by a single light. Gods living in a palace in the sky govern the world. A dragon supports the palace to keep it from falling to earth and harming the people.
I showed all this in the lamp shade, it is not only a shade, but rather jewelry.